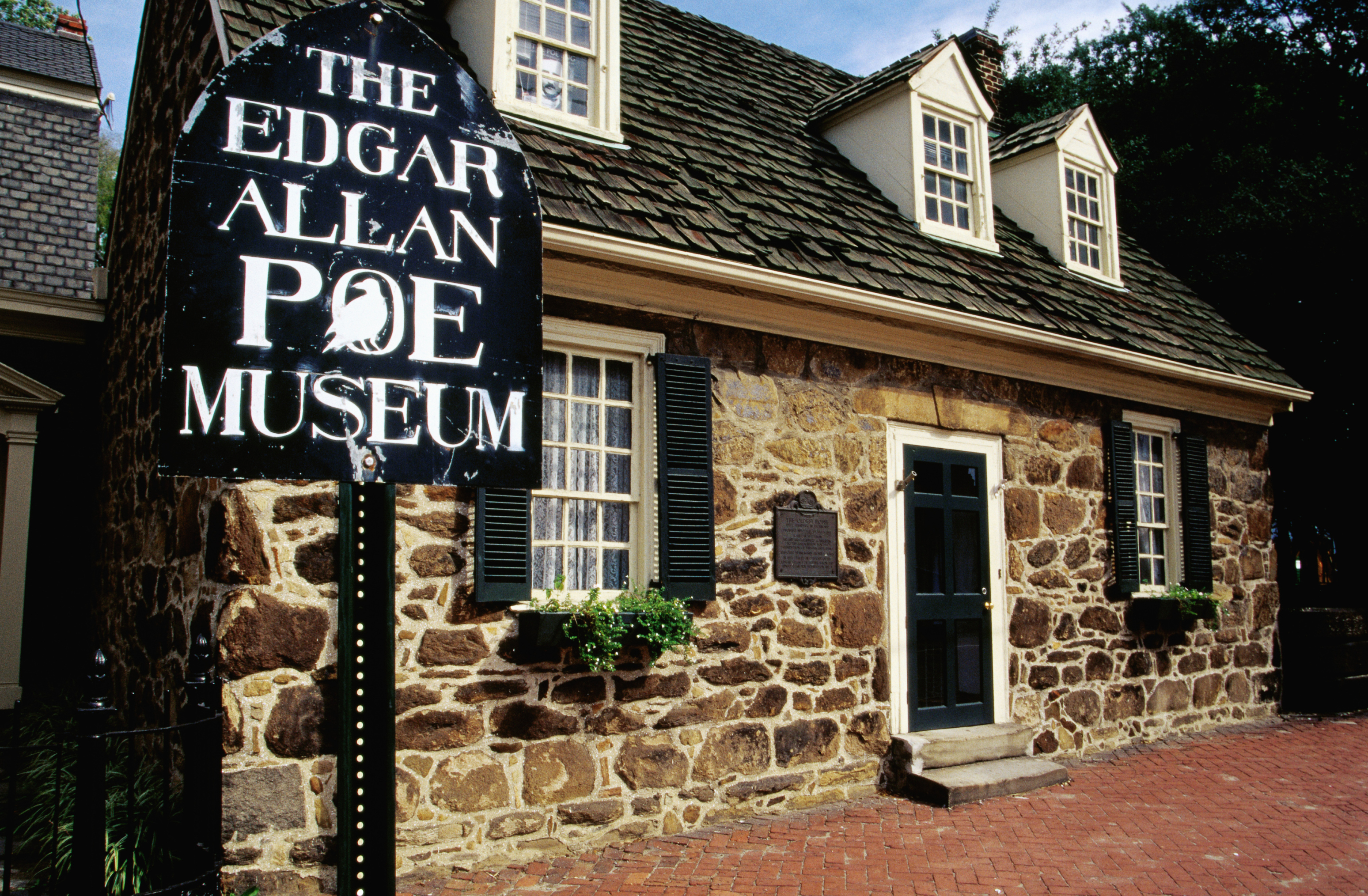 This October marks the 170th anniversary of Edgar Allen Poe's death and also the 170th anniversary of the publication of his famous poem "Annabel Lee," published just two weeks after his death.  Richmond, Virginia is home to the Poe Museum where visitors have access to the most comprehensive Poe collection in the world.  But did you also know that the museum is also home to two black cats?  Read on for more information about this uniquely fun museum in the historic city of Richmond.

The Poe Museum began over a century ago when Edgar Allan Poe collector and researcher James Howard Whitty and a group of literary enthusiasts met in Poe’s hometown of Richmond, Virginia to create the state’s first monument to a writer.

The Museum is housed in the "Old Stone House", built circa 1740, which some historians believe to be the oldest original building in Richmond.  The Association for the Preservation of Virginia Antiquities saved the building from destruction in 1913 and loaned it to the Poe Foundation for use as a Poe Museum which opened in 1922.

Visitors to the museum today can view Poe's original manuscripts, letters, first editions, memorabilia and personal belongings in the Old Stone House.  Outside the museum is the "Enchanted Garden" which opened with the museum in 1922; the founders of the garden were said to be inspired by Poe’s poem “To One in Paradise.”  The "Enchanted Garden" also serves as a special events space, hosting weddings, "un-happy hours" and more.

And would a Poe Museum be complete without a few black cats?  Of course not!

The Poe Museum is home to two black black cats named Edgar and Pluto ( named after the cat in Poe’s story “The Black Cat.”)

According to the Poe Museum, in November 2012, the museum’s gardener found the tiny kittens in the Enchanted Garden, and the museum staff volunteered to care for them, seeing that they receive regular veterinary care, healthy food, and a warm room to call home.  Today Edgar and Pluto enjoy greeting the museum’s visitors in the gift shop and garden.

Browse through more of our Virginia School Trip Itineraries and contact our experienced student travel consultants today to begin planning your school trip.