Before you travel to South Dakota on your next school trip, here are seven things you didn’t know about Mount Rushmore.

1. A Hidden Hall of Records

There were parts of the National Treasure movies that were true. There really is a hidden room behind Mount Rushmore! Located behind Lincoln’s head, there is an entrance to what would have been the Hall of Records. The sculptor of Mount Rushmore planned to create a room within the mountain where documents and artifacts would be put on display, but the project didn’t have enough funding to be completed.

Mount Rushmore received its name from Charles E. Rushmore, a lawyer from New York City. In his years as a young attorney, Rushmore traveled to South Dakota to survey and scope out recently discovered tin mines. During his time in South Dakota, Rushmore befriended a group of prospectors and asked them what the hills were called. They told him the hill he pointed out had no given name, but they would now call it Rushmore Peak.

Gutzon Borglum, the sculptor of Mount Rushmore, is responsible for choosing the faces now carved into Mount Rushmore. According to Borglum, the four presidents he chose “represented the most important events in the history of the United States.” Borglum believed Washington, Jefferson, Roosevelt, and Lincoln represented the birth, growth, development, and preservation (respectively) of America. 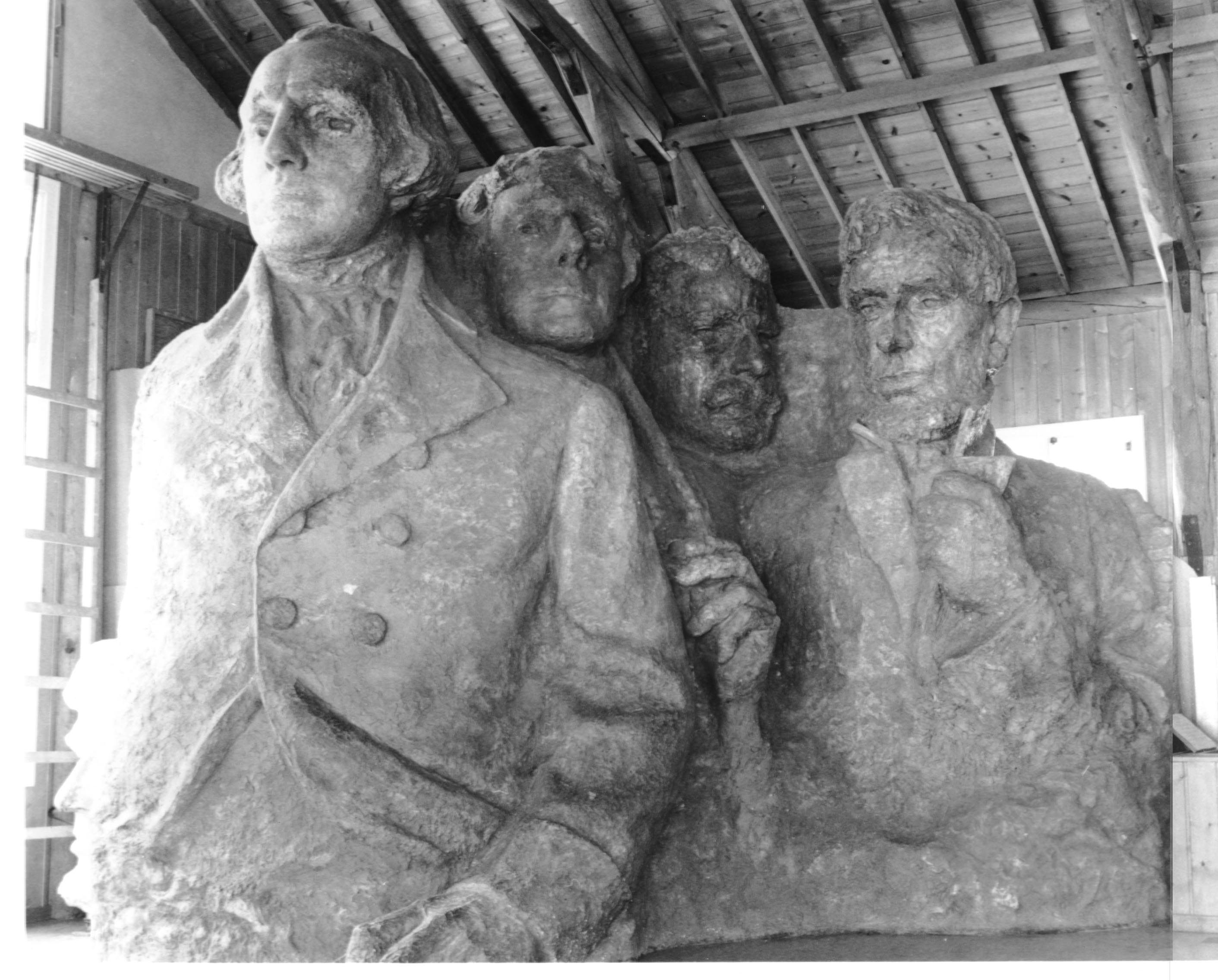 Doane Robinson, known as the “father of Mount Rushmore,” planned to highlight local history by carving figures into the Black Hills. His original idea was to memorialize figures like “Buffalo Bill Cody, Meriwether Lewis, William Clark and Red Cloud, a legendary Lakota leader.” A separate case was made by suffragists Rose Arnold Powell to include Susan B. Anthony as a fifth face on the mountainside.

5. Is there a fifth face on Mount Rushmore?

There is no secret fifth face carved into Mount Rushmore. However, for over 20 years, visitors were greeted by Ben Black Elk, unofficially called the fifth face of Mount Rushmore. Ben Black Elk “was a successful rancher, traveled extensively, and testified before Congress on the importance of teaching Indian history to Indians.” Historians estimate that 5,000 photos were taken of him a day for his 27 years at Mount Rushmore.

Each of the heads in Mount Rushmore has slightly different proportions, but are each about 60 feet tall. Each eye is 11 feet long, and each mouth is 18 feet across. If that seems giant, remember that the original plan was to carve the full bodies of each president into the mountain!

Interested in traveling to Mount Rushmore or another National Park? Check out our School Trips to National Park page for more information, or book a meeting with one of our Student Travel Consultants.

Take a Virtual Field Trip to the Smithsonian

We're thankful we've been able to continue serving teachers by publishing content on our blog each week. To celebrate the New Year, here are our Top 5 Blog Posts of 2020!
By Christina Nicol